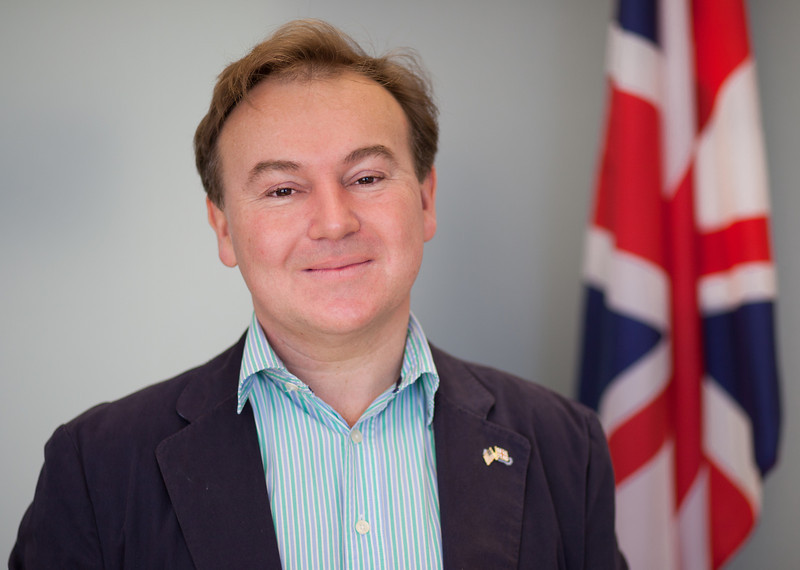 Jeremy Pilmore-Bedford took up his appointment in Atlanta as Her Majesty’s Consul General in August 2013. He leads a team which works throughout the Southeast to promote UK-US trade and investment, support British nationals, conduct public diplomacy on key issues, and build scientific co-operation. He also sits on the Marshall Scholarship selection committee.

Jeremy’s previous posting was in London where he was the Head of the UK Foreign Office’s Caribbean, Central America, and Mexico Department. In this role he helped to re-invigorate UK relations with Latin America and the Caribbean, pushed for greater trade links, and supported joint efforts to combat drugs and crime within the region. Prior to this Jeremy worked in the Foreign Office’s policy planning staff, and before that worked on supporting democratic reform in Ukraine after the 2004 Orange Revolution.

Jeremy joined the UK’s diplomatic service in 1990 as a graduate entrant. He has served overseas in Qatar, Singapore, Russia, and Malaysia.

Jeremy was born in Sevenoaks in Kent, England. He graduated in politics, history, and economics from Brunel University in London. During his time there he participated in a one-year exchange programme with the State University of New York and worked as an intern for a US Congressman.

Jeremy is accompanied on his posting by his wife Amanda, a counsellor, and his two teenage children, Olivia and Alasdair.