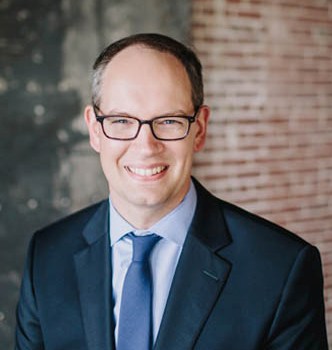 New City is a commercial real estate development firm with a focus on creating unique non-commodity places where community can grow and flourish. The company has a specific concentration on the preservation of structures with historic character and exploring ways to repurpose them for modern use.

When new construction is called for, we search for ways to construct beautiful high-quality projects that fit within the context of the surrounding environment. Whether it’s space for the community to work, shop, eat, or live, we believe that each property should include an interesting mix of uses, encourage walkability, and include the latest innovations in technology and sustainability.

New City’s aim is to create authentic places that allow people to align their personal priorities with the spaces where they spend their lives. Savvy business owners, too, understand that the buildings they inhabit have a direct impact on the culture of their organization and ultimately their bottom-line as they seek to recruit & retain top-talent and distinguish themselves in highly competitive marketplaces.

Jim Irwin is the President of New City, LLC and directs the company’s real estate development and consulting operations, as well as new business pursuits. Over the course of his career, Jim has been responsible for over $500 million of new investment around the United States.

Prior to founding New City, Jim served as a Senior Vice President at Jamestown Properties, leading the development of Ponce City Market, a 2.1 million square foot former Sears, Roebuck & Co. distribution facility that was originally constructed in the 1920’s. During its redevelopment, the project was one of the largest and most significant historic renovations underway in the United States.

Jim began his career in real estate working for Atlanta-based Barry Real Estate Companies. Among other projects, Jim managed the development of a FBI Regional Headquarters, a $60 million-build-to-suit project in Minneapolis, and Harrison Square, a 16 acre mixed-use development in Fort Wayne, Indiana, anchored by an 8,000 seat minor league ballpark associated with the San Diego Padres. Since it opened to the public, the ballpark has been named “best overall minor league baseball experience” in the country four separate years.

Jim earned a Bachelor of Arts from Dartmouth College, where he played football for four years. After college, he served as a legislative aide to two U.S. senators and a U.S. representative before returning to Atlanta to pursue a MBA with a concentration in real estate finance at Emory University’s Goizueta Business School. Jim and his wife, Elisabeth, have three young children.